Why plant a wildlife hedge?

One of the best changes you can make in a garden, to help wildlife, is to plant a hedge.

According to the RSPB, a hedge in your garden can provide, shelter, food, protection from predators, a place to call home, and a safer corridor to other habitats.

Imagine being a frog or toad heading back to your pond for breeding, would you rather make your way along a bare fence line or a nice thick hedge?

A hedge can also provide food for predators and create valuable new habitats in the garden. A recent study concluded that 63% of urban hedges had small mammals living in or using them. (Surveying small mammals in urban hedges) For humans, hedges have the added benefit of providing privacy, acting as a noise barrier, reducing air pollution, controlling water flow and preventing soil and nutrient erosion. (1)

Over half of the hedgerows in the UK have been lost in the last 50 years. Modernisation of farming after World War 2 led to hundreds of miles of rural hedges being removed. With private gardens covering about 25% of land in UK cities, it would be hugely beneficial for urban gardeners to embrace the idea of planting a wildlife hedge. (2)

What kind of wildlife is helped by hedges?

All wildlife is helped by a native hedge. Mice, bats and hedgehogs will make use of a hedge while foxes can predate the hedge dwellers. Frogs and toads will use the hedge for food and shelter too. Birds love a native hedge, it not only provides year-round food but also, shelter and somewhere to nest.

Somewhere for invertebrates to live is also a vital role for a hedge. These chaps are food for the bigger beasts and provide many useful functions in the garden. A recent citizen science project recorded a prevalence of ants, earwigs and shield bugs in urban hedges with rural hedges favouring blowflies, caterpillars, harvestmen, beetles, spiders and weevils. (3) The most numerous species in both types of hedge was spiders. Although you might not like them, they are a vital component in any habitat.

What kind of hedge is best for wildlife?

The best type of hedge to encourage wildlife is a mixed native hedge, although any kind of hedge is better than a plain fence. The Wildlife Trust recommends hawthorn, field maple, blackthorn, beech, hornbeam and holly with other plants scrambling through such as wild roses, honeysuckle and even brambles. The Tree Council suggests planting strong species such as blackthorn and hawthorn at the back, with the climbing plants among them and smaller shrubs at the front such as currents. Fruit trees can also be added for more variety and to provide more food such as apples, cherries or pears. Nut trees such as hazel are also a great addition. Ivy is an underrated plant as far as wildlife is concerned, It provides shelter and it’s flowers are among the latest in the garden providing food right into the winter. In a small garden, a full native hedge may be a little large but there are many smaller plants that are beneficial to wildlife. Planting a hedge of lavender will certainly benefit your bee population, just plant in a sunny spot and watch it start buzzing.

Particularly in an urban environment, you may need to consult with your neighbour if the hedge is to be a boundary. You will need to consider the size of the hedge as well as how you will both maintain it. If you suddenly plant a Leylandii hedge which will grow huge, your neighbour won’t thank you for it. Neither will the local wildlife for that matter, Leylandii have very little to offer wildlife and will create a desert around it up to three metres wide.

Care for your wildlife hedge

When it comes to keeping your wildlife hedge is check a good set of garden shears is recommended. For heavy duty pruning a decent pair of garden loppers. 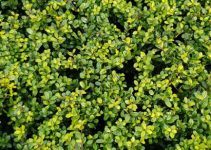