Home
Pruning
What is the Difference between Anvil and Bypass Pruners?

It a question frequently asked – what is the difference between anvil and bypass pruners?

A good pair of secateurs is a treat. Professionally made pruners will give you years, if not decades of use. Cared for properly they will look after you. They will make cutting and pruning a pleasure rather than a hand breaking, frustrating chore.  You may even get that attached to them you call them a name.

So, when it comes to buying you need to know the difference between these types. Perhaps you may need both, anvil and bypass. 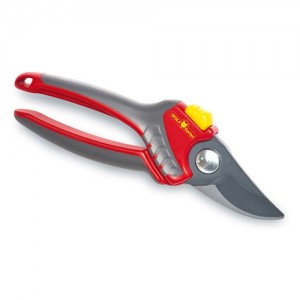 Bypass secateurs are by far the more common pruner to be found in most sheds up and down the country. These work much the same as scissors. A sharp blade that crosses another blade to perform the cut. however it is only one sharp blade that does the cutting.

Bypass Secateurs should only be used for the cutting of growth that is alive ie soft, green material.

Not hard,  dead wood  branches. Using them to cut up dead branches could cause damage and most certainly blunt the blade . At best you may get away with a bent blade that may or may not be able to be replaced. At worse the secateur will break into pieces. This is where you need an anvil secateur. 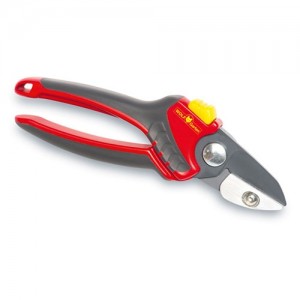 Anvil secateurs work with one blade coming down onto an anvil. Unlike a bypass pruning tool which cuts through growth this type cuts and crushes the branches. You can apply much more pressure on this tool and often the cutting diameter is much larger than traditional bypass. Only, do not over do it. If you find it is still hard work then pick up some branch loppers instead. Remember gardening should be pleasurable!

We really hope we have solved this dilemma for you when making your choice between anvil or bypass secateurs. For the best bypass secateurs look no further than the Felco range. Of course there are other brands and we will be reviewing those shortly along with the top 5 anvil pruners. 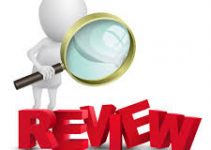